The Extractor is currently an Early Access Feature in Labs status.

Extractor stores create and choice arguments using the DAML-LF JSON Encoding. The parameters of the JSON schema are instantiated as follows in Extractor: 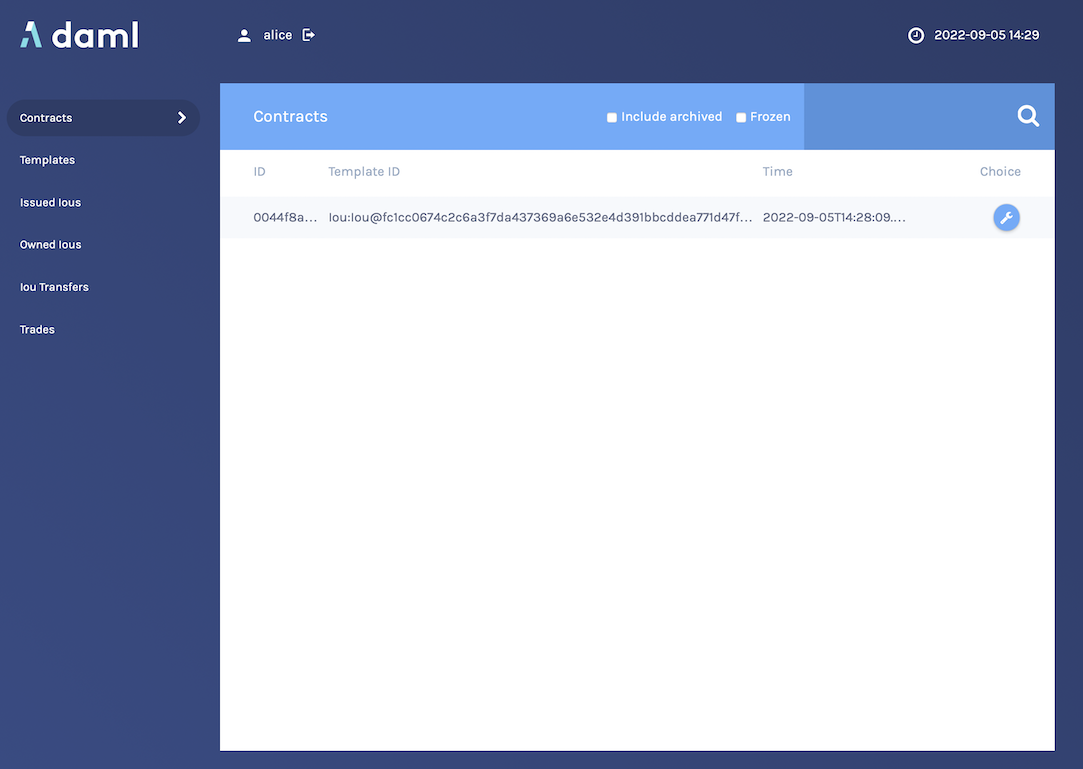 Then, account_view will contain both contracts: