Settlement refers to the execution of holding transfers originating from a financial transaction.

We then delve into the details of each of the settlement components.

Our initial state looks as follows:

These holdings are generally held at different custodians.

Alice and Bob want to exchange their holdings and agree to enter into the transaction by being signatories on a transaction contract. Settlement can then be instructed which results in 3 contract instances being created: 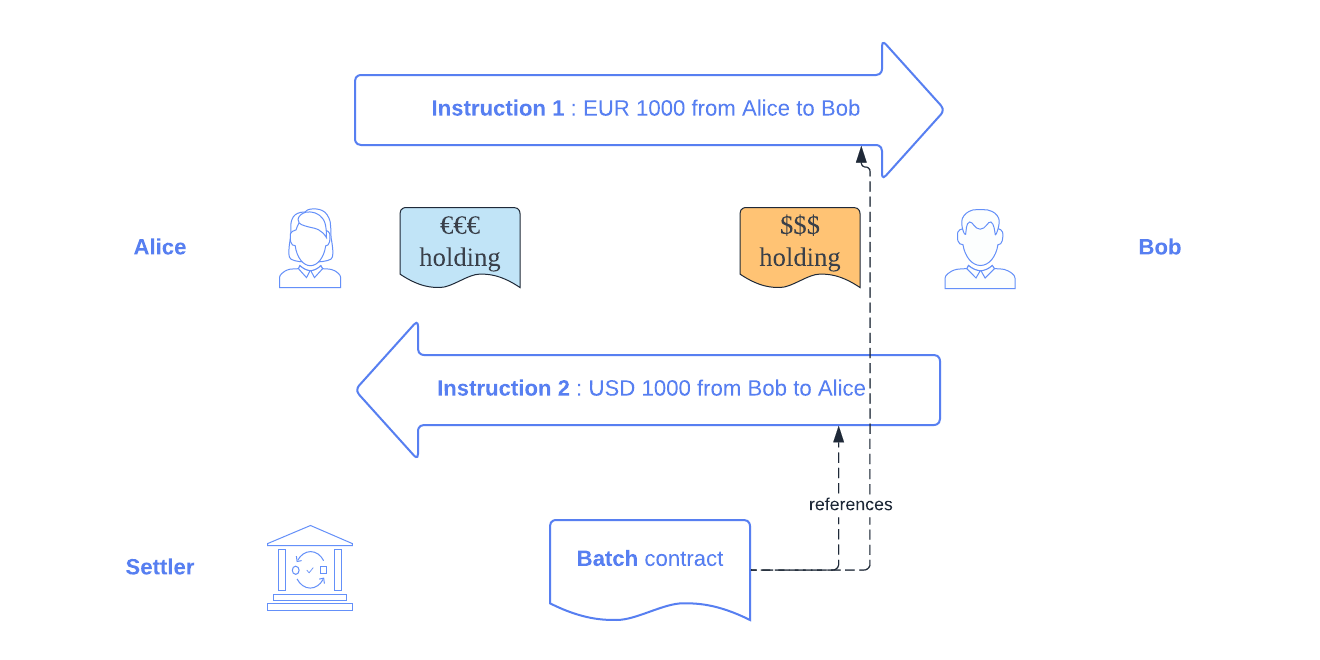 Each instruction defines who is the sender, who is the receiver, and what should be transferred (instrument and amount) at which custodian.

In order to execute the FX transaction, we first need to:

Allocation and approval is required for each Instruction. 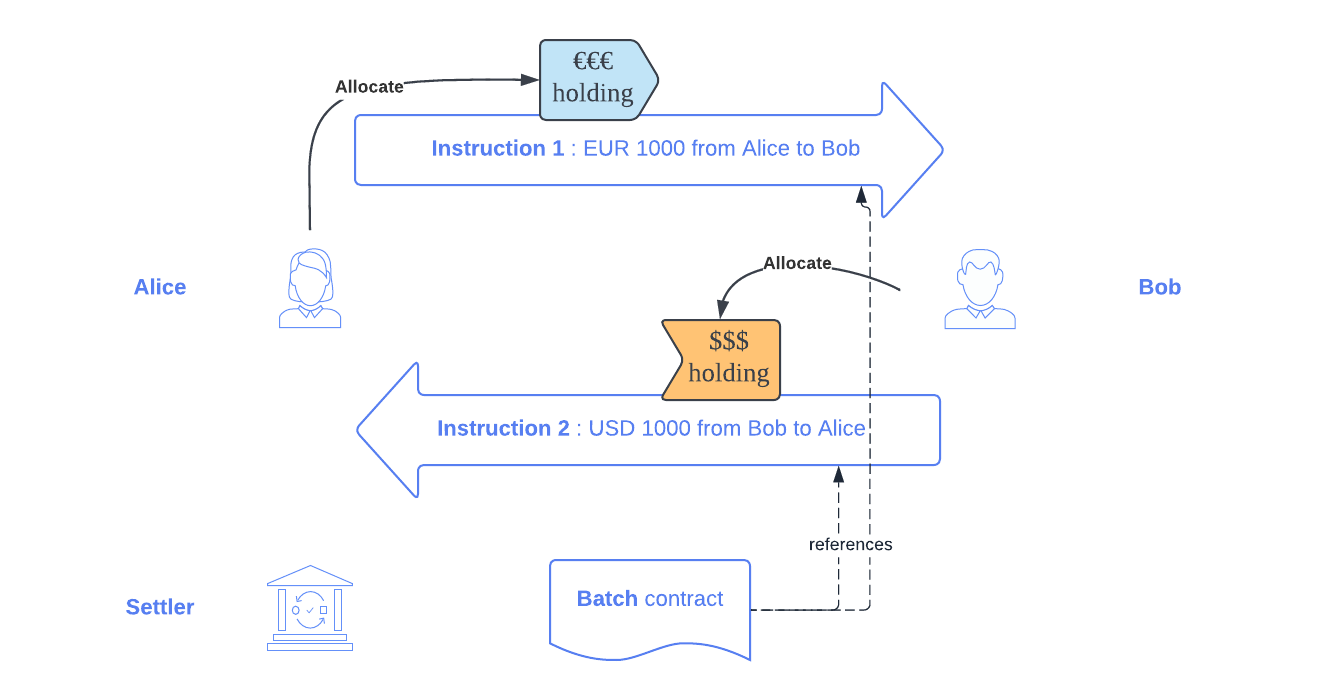 Each receiver can then specify to which account the holding should be sent by approving the corresponding instruction. 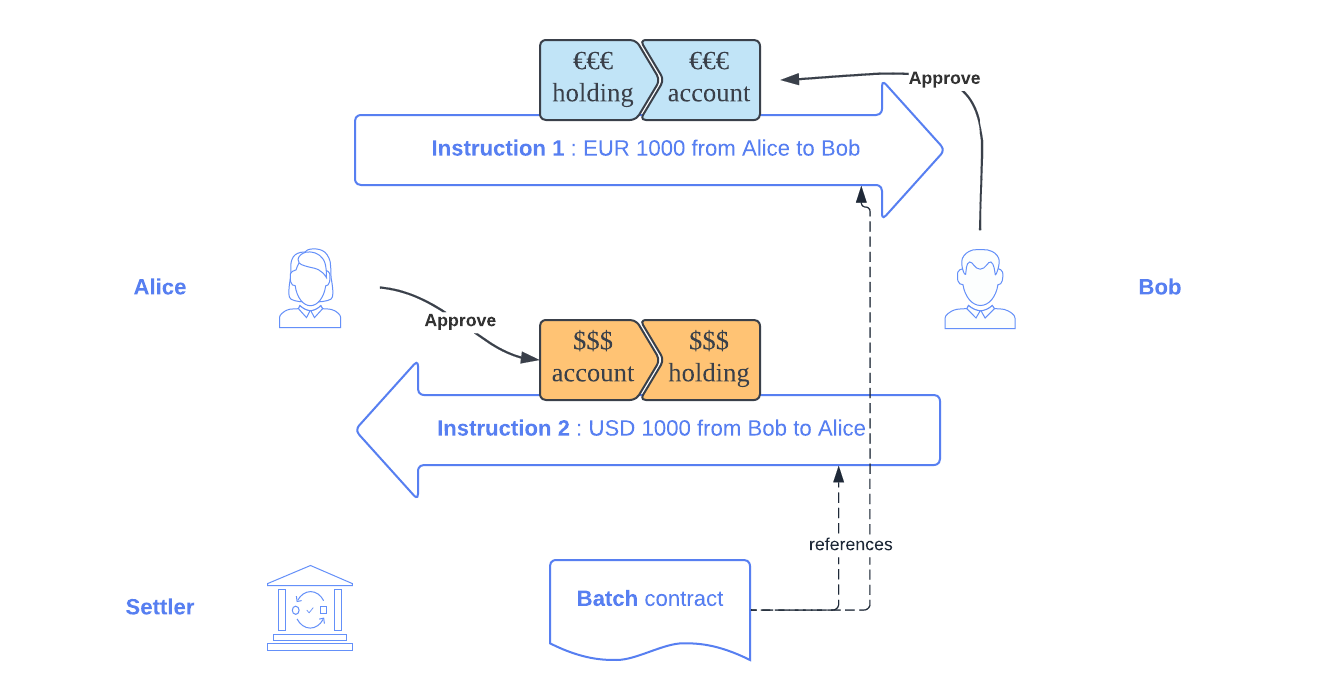 Once both instructions are allocated and approved, a Settler party uses the Batch contract to execute them and finalize settlement in one atomic transaction. 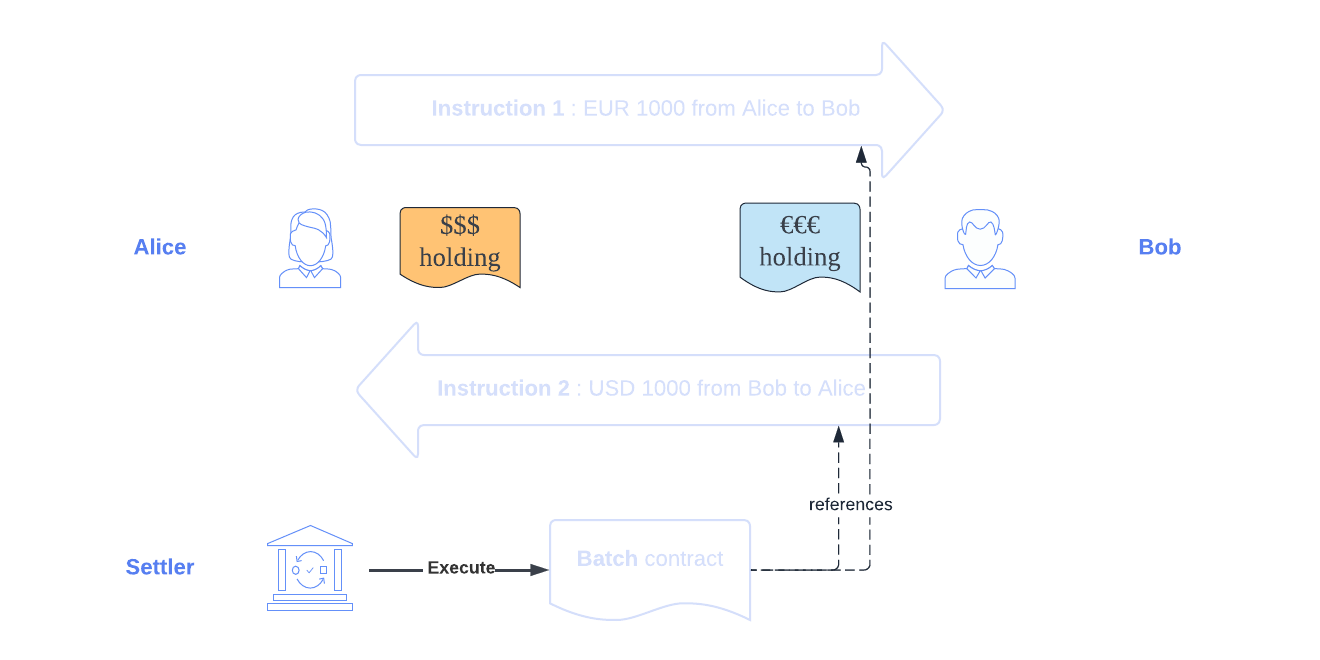 The instructions and the batch are archived following a successful execution.

There are some assumptions that need to hold in order for the settlement to work in practice:

Also, note that the allocation and approval steps can happen in any order.

When a transfer requires intermediaries to be involved, the role of a Route Provider becomes important. Let us assume, for instance, that Alice’s EUR holding in the example above is held at Bank A, whereas Bob has a EUR account at Bank B. Bank A and Bank B both have accounts at the Central Bank.

In this case, a direct holding transfer from Alice to Bob cannot generally be instructed. The original Instruction between Alice and Bob needs to be replaced by three separate Instructions: 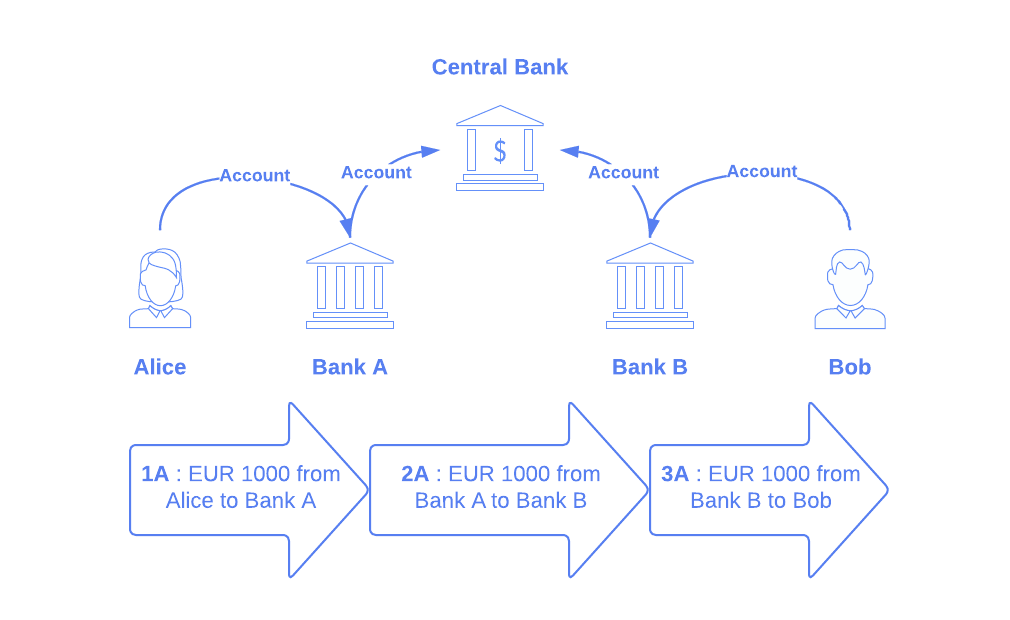 We refer to this scenario as settlement with intermediaries, or just intermediated settlement.

The Route Provider is used to discover a settlement route, i.e., routed steps, for each settlement step.

The Settlement Factory is used to instruct settlement, i.e., create the Batch contract and the settlement Instructions, from routed steps, so that they can be allocated and approved by the respective parties.

The Instruction is used to settle a single holding transfer at a specific custodian, once it is allocated and approved.

In the Allocation step, the sender acknowledges the transfer and determines how to send the holding. This is usually done by allocating with a Pledge of the sender’s existing holding (which has the correct instrument quantity) at the custodian. When the sender is also the custodian, the instruction can be allocated with CreditReceiver. In this case, a new holding is directly credited into the receiver’s account.

In the Approval step, the receiver acknowledges the transfer and determines how to receive the holding. This is usually done by approving with TakeDelivery to one of the receiver’s accounts at the custodian. When the receiver is also the incoming holding’s custodian, the instruction can be approved with DebitSender. In this case, the holding is directly debited from the sender’s account. A holding owned by the custodian at the custodian has no economical value, it is a liability against themselves and can therefore be archived without consequence.

To clarify these concepts, here is how the 3 instructions in the intermediated example above would be allocated / approved.

The Batch is used to execute a set of instructions atomically. Execution will fail if any of the Instructions is not fully allocated / approved, or if the transfer is unsuccessful.

The settlement concepts are also explored in the Settlement tutorial.