This page is intended to give you an overview of the components that constitute the Daml Ecosystem, what status they are in, and how they fit together. It lays out Daml’s “public API” in the sense of Semantic Versioning, and is a prerequisite to understanding Daml’s Portability, Compatibility, and Support Durations.

A high level view of the architecture of a Daml application or solution is helpful to make sense of how individual components, APIs and features fit into the Daml Stack. 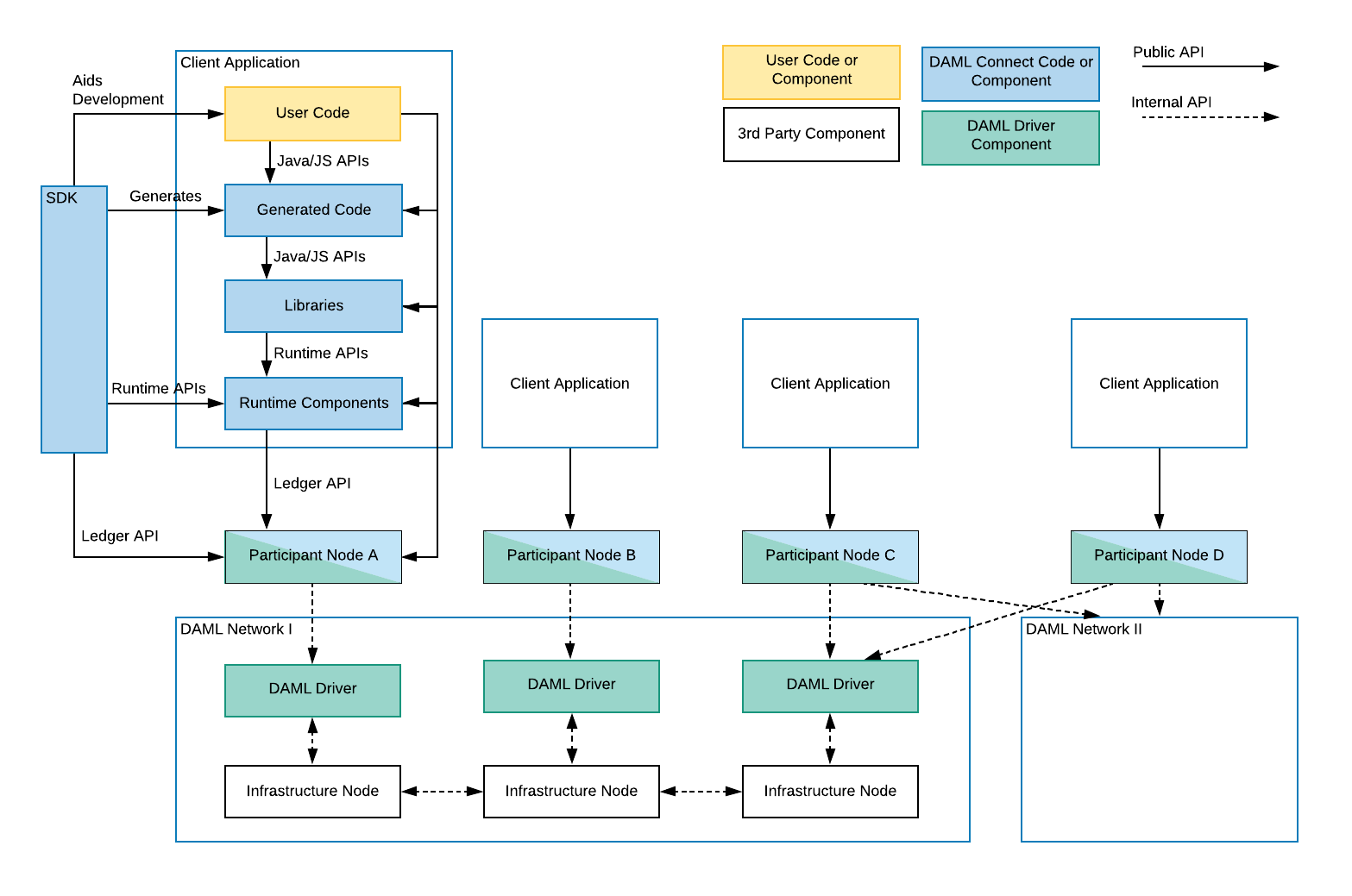 The stack is segmented into two parts. Daml drivers encompass those components which enable an infrastructure to run Daml Smart Contracts, turning it into a Daml Network. Daml Components consists of everything developers and users need to connect to a Daml Network: the tools to build, deploy, integrate, and maintain a Daml Application.

The Ledger API is the primary interface that offers forward and backward compatibility between Daml Networks and Applications (including Daml components). As you can see in the diagram above, all interaction between components above the Participant Node and the Participant Node or Daml Network happen through the Ledger API. The Ledger API is a public API and offers the lowest level of access to Daml Ledgers supported for application use.

Libraries naturally provide public APIs in their target language, be it Daml, or secondary languages like JavaScript or Java. For details on available libraries and their interfaces, see Feature and Component Statuses.

The Daml SDK consists of the developer tools used to develop user code, both Daml and in secondary languages, to generate code, and to interact with running applications via Runtime, and Ledger API. The SDK has a broad public API covering the Daml Language, CLIs, IDE, and Developer tools, but few of those APIs are intended for runtime use in a production environment. Exceptions to that are called out on Feature and Component Statuses.